Variables are a Premium feature. If you are using the free tier, please let us know if you’d like us to reset your trial, so you can try things out.
In this article:
You may also be interested in the Use Cases and Examples screenshots posted in the community which helps provide some examples in the context of real rules.

There are two primary categories of context variables:

These context variables are set based on the event that triggers the rule. As of this writing, there are three subsections or types of events that can trigger a rule and thus set the associated context variables: 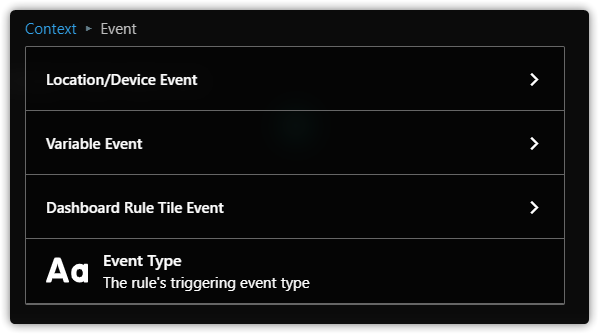 And at this level, there’s also the Event Type context variable ($context.event.type). The Event Type tells you how a rule was triggered and effectively tells which one of the three subsections / types of variables are going to be set.

How to Use Context Variables

Context variables can be used in actions and conditions in the rule flow. For example, when using multiple devices as triggers, you can have the rule take different actions if the rule was triggered by a specific triggering device or from a specific location. 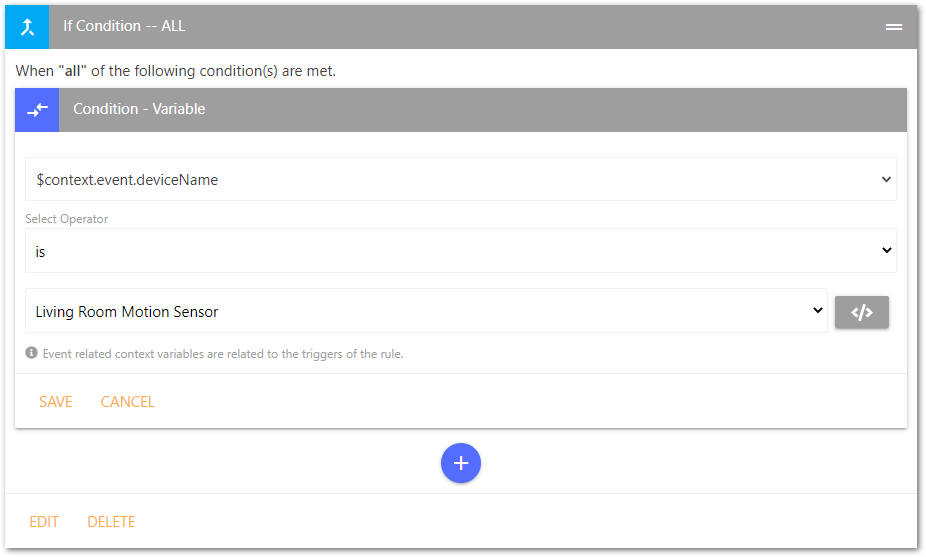 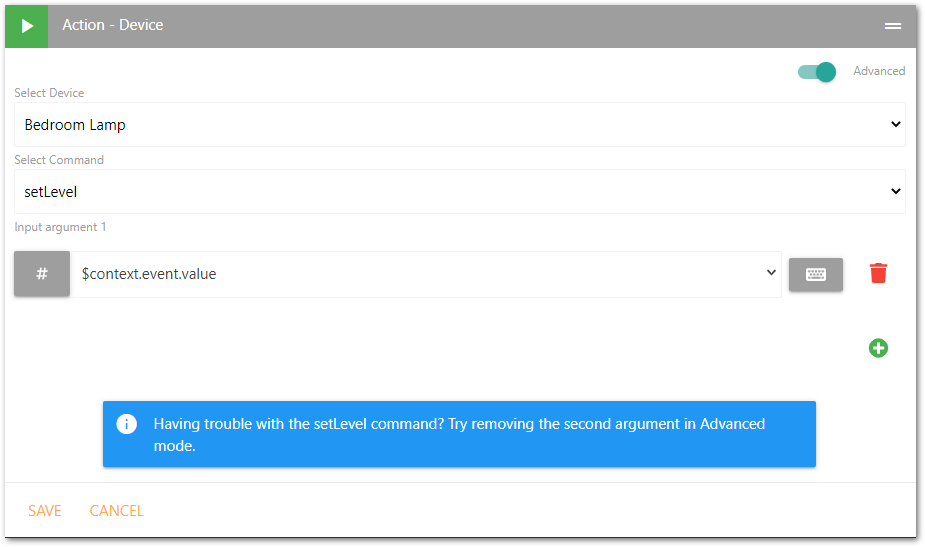 If available, you can tap the </> button to the right of an input field to toggle the input between Manual Input or Variable selection.

If the Manual Input field supports variable insertion, you can also tap the +VARIABLE button to insert variable(s) to the text input field.

Context variables can also be used in Notifications. See the Variables in Notifications community post for more details.
Did this answer your question? Thanks for the feedback There was a problem submitting your feedback. Please try again later.
Last updated on August 25, 2022