In the end, your task will have several actions like: 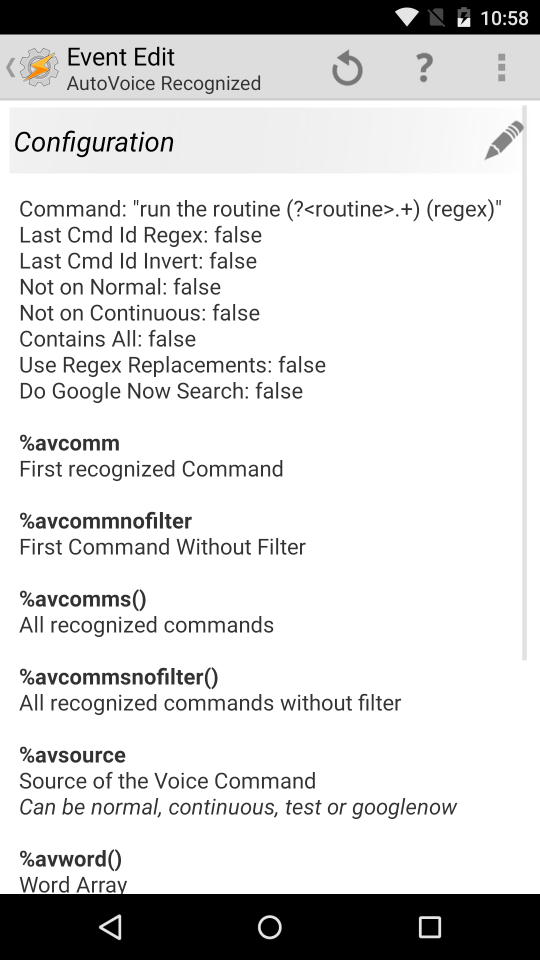 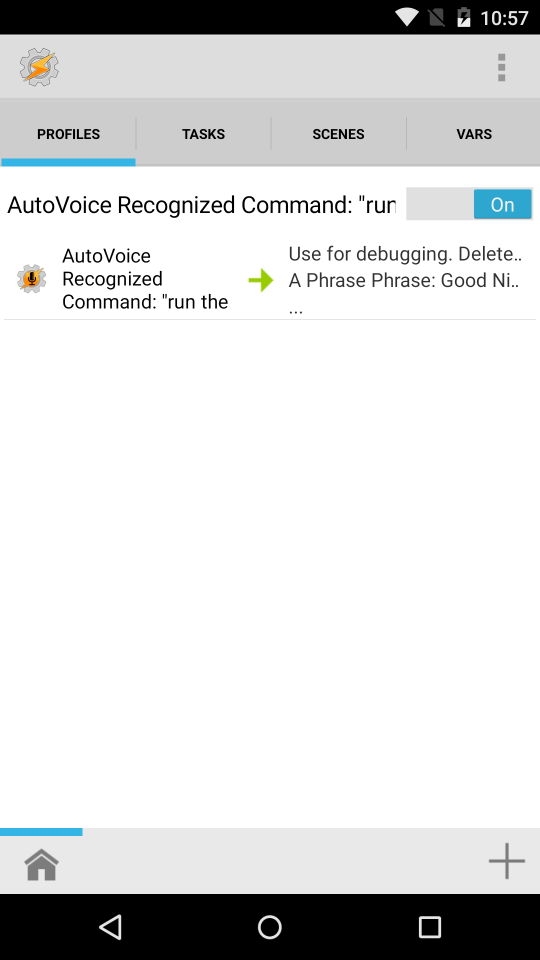 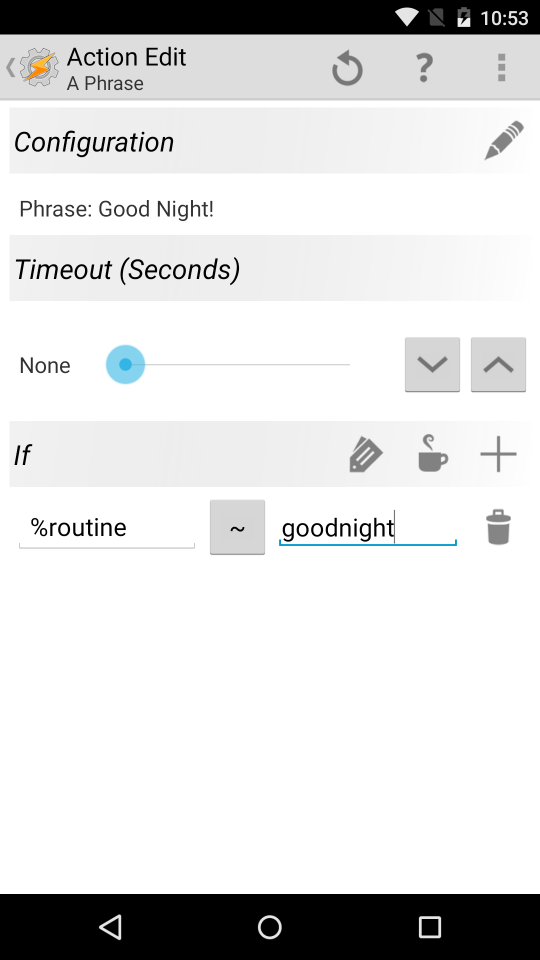 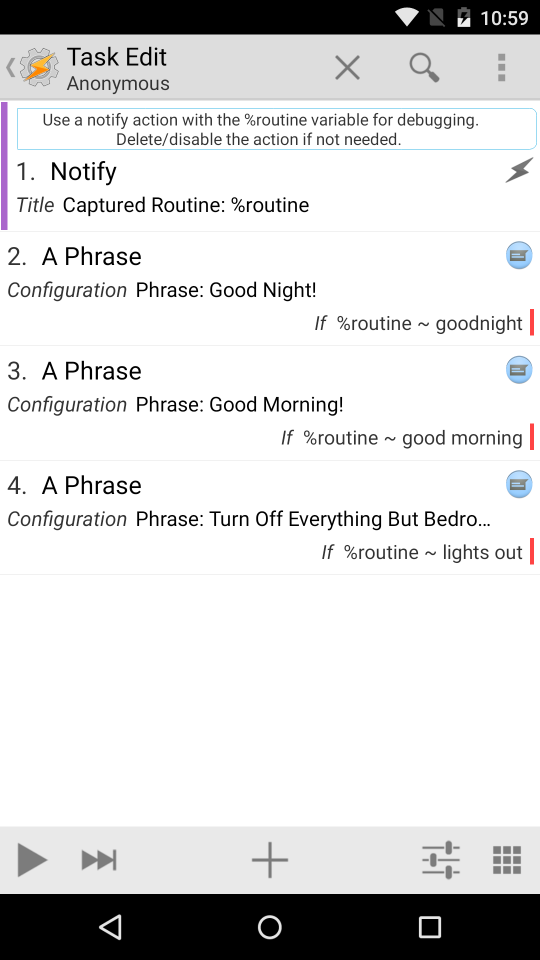 Note: For debugging purposes, you may want to include a simple Notify or Flash action to show the contents of the variable captured with AutoVoice. Sometimes the words captured by AutoVoice/Google are slightly different than you expected and you will want to adjust your conditional actions accordingly (eg. "good night" → "goodnight",  "10" → "ten")
For additional troubleshooting steps, see the troubleshooting section of the SmartThings Voice Control with Tasker tutorial.

Did this answer your question? Thanks for the feedback There was a problem submitting your feedback. Please try again later.
Last updated on November 10, 2021